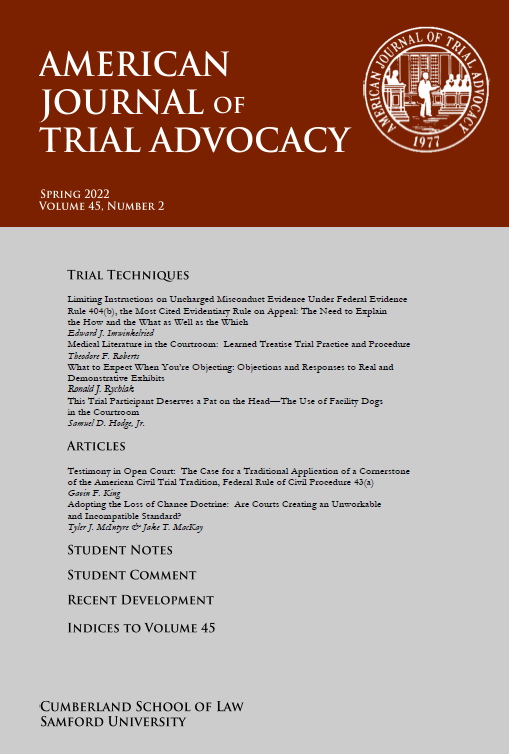 The general character evidence prohibition is a fixture in the American law of evidence.  It is not only a well-settled feature of common-law evidence in the United States.  The prohibition is also codified in the Federal Rules of Evidence. Rule 404(b)(1) forbids the prosecution from introducing evidence of uncharged misconduct to prove the defendant’s bad character and then argue that on the charged occasion, the defendant acted “in character,” that is, consistently with that character.

The prosecution may not offer testimony about the uncharged act (the item of evidence) to prove the defendant’s bad character (the intermediate inference) and, in turn, treat the defendant’s character as circumstantial proof that he or she committed the charged act (the ultimate inference).  In other words, the prosecution may not invite the jury to reason simplistically, “The defendant did it before, therefore he did it again.”  This prohibition has special importance in the United States because the Supreme Court has announced that in adult prosecutions, the Eighth Amendment guarantee against Cruel and Unusual Punishment forbids criminalizing a person’s status.

Today Rule 404(b) is the most cited evidentiary rule on appeal.  In the vast majority of these appeals, the defense argues that the testimony lacked genuine non-character relevance and that in any event, there is a strong likelihood that the lay jury misused the evidence as proof of the defendant’s bad character. This Article does not argue either that 404(b) limiting instructions are always effective or that in the vast majority of cases the instructions fail.  The thesis of this Article is that the typical limiting instruction could be markedly improved to significantly increase the probability that the jury will use uncharged misconduct evidence for only legitimate, non-character purposes.  If the judge has ruled the evidence admissible, the judge’s limiting instruction is the last line of defense against the misuse of the evidence.  However, as we shall see, the typical uncharged misconduct instruction provides the defendant with scant protection.