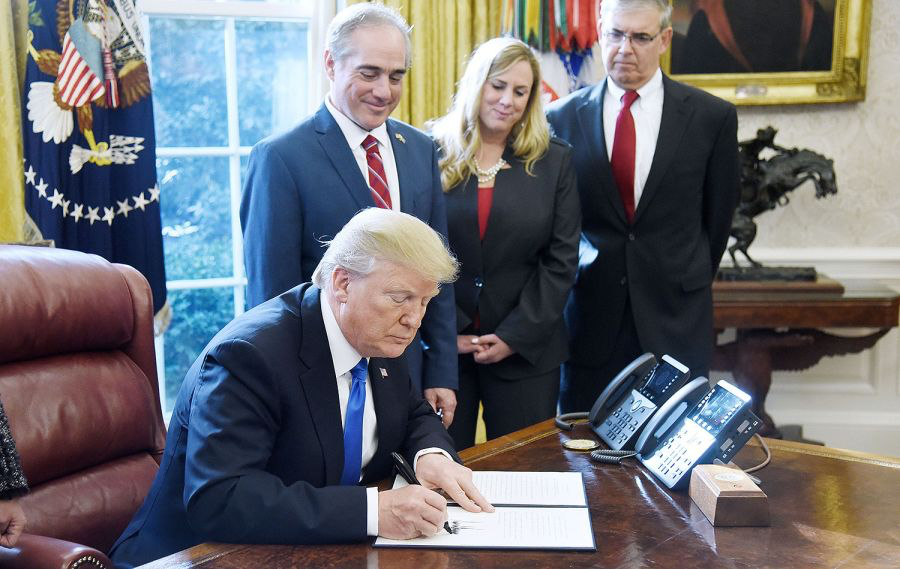 Answering the cry for help

According to the Department of Veterans Affairs, every day approximately 20 veterans take their own life, making suicide one of the two leading causes of death among veterans.[4] In 2014, more than 7,400 veterans committed suicide.[5] This number reflects 18 percent of all suicides in America, while veterans account for less than nine percent of the American population.[6] Thus, veterans are at a 21 percent higher risk for suicide compared to civilians,[7] and young veterans between ages 18 and 29 have the highest suicide rate.[8] Veterans Affairs Secretary Dr. David J. Shulkin stated, “This is a national public health issue that requires a concerted, national approach.”[9]

While the court recognized the concern for veterans to receive prompt health care provision and benefits, the court explained that it lacked proper jurisdiction on the issue.[17] The court stated, “Congress, in its discretion, has elected to place judicial review of claims related to the provision of veterans’ benefits beyond our reach and within the exclusive purview of the United States Court of Appeals for Veterans Claims and the Court of Appeals for the Federal Circuit.”[18] Thus, the President’s Executive Order, in conjunction with the recent strides veterans accountability, bypassed decades of legislative layovers.[19]

To implement the President’s Executive Order, the departments will work on expanding resources offered to veterans.[20] This includes eliminating prior time limits for veterans to receive care, and expanding three distinct programs: Whole Health facilities, “Be There Peer Support Call and Outreach Center” services, and Military One Source.[21] Whole Health offers peer group sessions where veterans can set goals, share stories, and connect with others.[22] Military One Source offers counseling services and a 24-hour call line to veterans for one year after leaving the military.[23]

Additionally, three days after the President issued the executive order, the Department of Veterans Affairs announced that 100 percent of their facilities started offering veterans same-day services for urgent primary and mental health needs.[24] More than 1,000 medical facilities now offer services such as clinician face-to-face visits, advice from nurses over the phone, telehealth or video care, appointment scheduling with specialists, and same day prescriptions.[25]

While these victories for veteran care received bipartisan praise, they did not come without criticism.[26]  Democrats expressed concern regarding implementation of the plan since the Department of Veterans Affairs is severely understaffed.[27] In 2017, the President signed an executive order creating the Office of Accountability and Whistleblower Protection within the Department of Veterans Affairs to “weed out poorly performing employees and protect whistleblowers.”[28] The President referenced his previous executive order stating, “For many years, they tried to pass veterans accountability and they couldn’t do it; they failed. And after almost 40 years, we got it passed. And now when somebody doesn’t do the job over at the VA, we fire that person.”[29]

Nevertheless, with approximately 265,000 service members transitioning into civilian life each year, the cost of extending mental health care will range between “‘a couple hundred million dollars per year’ coming out of the [departments’] budgets.”[30] The departments are scheduled to report back to the President sometime this summer.[31]

[13] The White House, Remarks by President Trump at Signing of Executive Order on Supporting our Veterans During their Transition from Uniformed Service to Civilian Life (Jan. 9, 2018) [hereinafter Remarks], https://www.whitehouse.gov/briefings-statements/remarks-president-trump-signing-executive-order-supporting-veterans-transition-uniformed-service-civilian-life/.

[14] See Veterans for Common Sense v. Shinseki, 678 F.3d 1013, 1015 (9th Cir. 2012). (“After a decade of war, many of our veterans are returning home with physical and psychological wounds that require competent care. Faced with the daunting task of providing that care, as well as adjudicating the claims of hundreds of thousands of veterans seeking disability benefits, the Department of Veterans Affairs (“VA”) is struggling to provide the care and compensation that our veterans deserve.” (citations omitted)).

[31] See id. (“Within 180 days, the departments are expected to report back to Trump on implementation of the plan.”).