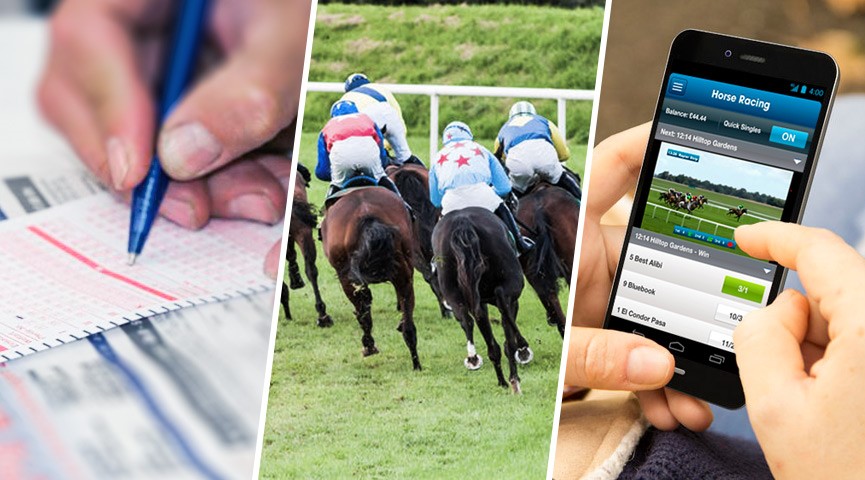 On May 14, 2018, the United States Supreme Court legalized gambling on individual sporting events. Sports betting is a common form of gambling in the United States, and illegal sports betting is currently estimated to range from $100-$200 billion per year.[1] Traditionally, sports gambling has faced strong opposition in America.[2] Since the nineteenth century, gambling was largely made illegal.[3] Opponents of the practice parallel the introduction of sports betting to that of gateway drugs, introducing “young people with a strong interest in sports” to other types of gambling.[4] Moreover, past corruption created from sports betting has seriously damaged the legacy of professional sports.[5]

Though restrictions on sports betting have gradually loosened, it seemed as if sports betting would be a legalized form of gambling in the United States during the 1990’s.[6] As fear of the growing consensus developed among several federal and state legislatures, they began to take measures to curb the spread of sports betting.[7] One such measure was the Professional and Amateur Sports Protection Act (PAPSA). Ironically, it was a former college and professional basketball player, Senator Bill Bradley of New Jersey, who lead the passage of the Act.[8] Senator Bradley continually “stressed that the law was needed to safeguard the integrity of sports.[9]

PAPSA’s primary constitutional issue was that it prohibited the States from endorsing or “‘authoriz[ing] by law . . . betting . . . on’ competitive sporting events.”[10] However, PAPSA itself did not make sports gambling a federal crime.[11] It allowed the Attorney General and sports organizations to enjoin proposed laws through civil action.[12] When Congress passed PAPSA, the Act allowed several states to continue the practice for a number of years.[13] The Act provided specific exceptions for Nevada casinos, and it had grandfather provisions for sports lotteries or sports pools in three other states.[14] PAPSA also gave New Jersey a one-year window after the passage of the Act to legalize sports gambling “‘in a municipality’ with an uninterrupted 10–year history of legal casino gaming.”[15] As many can guess, the only municipality this could refer to was Atlantic City.[16] The state, however, did not act within this restrictive time-frame, and a decade later the legislature decided to amend its constitution, officially authorizing sports gambling.[17]

Soon after the New Jersey legalized sports betting, many major professional sports leagues brought action in federal court to enjoin the new legislation.[18] Upon learning that there would be a partial repeal of its constitutional amendment, New Jersey enacted the legislation in 2014 that brought this sports betting case to the Supreme Court.[19] The law artfully expressed that the law was not intended to authorize sports betting, which was banned under PAPSA.[20] Instead, it sought to repeal former New Jersey laws that expressly prohibited it.[21] The law was only effective “as to wagers on sporting events not involving a New Jersey college team or a collegiate event taking place in the State.”[22] Additionally, the new law specifically repealed state laws prohibiting sports betting concerning the “placement and acceptance of wagers on sporting events by persons twenty-one years of age or older at a horseracing track or a casino or gambling house in Atlantic City.”[23]

The Case for Sports Betting

The issue decided before the Supreme Court in Justice Alito’s majority opinion was that of the Constitutional concept of dual sovereignty.[24] The petitioners (including the State of New Jersey) argued that PAPSA’s “anti-authorization provision requir[ed] States to maintain their existing laws against sports gambling,” and “any state law . . . permitting sports gambling, including a law totally or partially repealing a prior prohibition [established before PAPSA], amounts to an authorization.”[25] This was a very broad interpretation of the effect of PAPSA. The respondents (including the National Collegiate Athletic Association), however, suggested that for a state to be in violation of the Act, the authorization of sports betting must be narrowly constricted to be “an affirmative action.”[26] Specifically, they alleged that New Jersey had “empower[ed] a defined group of entities, and it endow[ed] them with the authority to conduct sports gambling operations.”[27]

Any order from Congress compelling or coercing the governments of the States to act would be a commandeering of the States’ governments, which is prohibited under the Constitution and Anglo-American case law.[28] The anti-commandeering doctrine “withhold[s] from Congress the power to issue orders directly to the States.”[29] After the states declared their independence, they retained their individual sovereignty.[30] With the passage of the Constitution, the “residuary and inviolable sovereignty” of the States was limited, but it was not abolished.[31] Instead, the federal government and the States are dually sovereign, hence establishing the concept of dual sovereignty.[32] Article VI, clause 2 of the Constitution has made federal law the “Supreme Law of the Land,” effectively allowing federal law to preempt contrary state law.[33] As a check to the preemption of state law, Congress is to act according to the enumerated powers granted in the Constitution, and the States reserve all other legislative power.[34]

The Supreme Court concluded that PAPSA effectively placed state legislatures under the direct control of Congress, contravening the principles set forth by New York v. United States[35] and violating the anti-commandeering doctrine.[36] Analogizing the passage of the Act to an armed takeover of the state legislatures, the majority deemed this Act to be utterly averse to the ideals of dual sovereignty.[37]

The Court reasoned that for PAPSA to preempt state law, (1) “it must represent the exercise of a power conferred on Congress by the Constitution,” and (2) “the PAPSA provision at issue must be best read as one that regulates private actors.”[38] Because the respondents (1) merely “point[ed] to the Supremacy Clause” to justify the Act and (2) PAPSA attempted to regulate the States instead of private actors, PAPSA effectively commandeered the state governments.[39] The respondents’ arguments failed to satisfy the preemption test and therefore violated the principles of the anti-commandeering doctrine.[40] Moreover, because the respondents failed to persuade the Court to uphold any provision of the Act, the Court decided to strike down PAPSA in its entirety.[41]

It is important to note, however, that Congress is still able to regulate sports betting. In reversing the Third Circuit’s holding that the New Jersey law was in violation of PAPSA, the Court noted that “Congress can regulate sports gambling directly, but if it elects not do so, each State is free to act on its own.”[42] While the majority took issue with the PAPSA’s infringement of the Constitutional principles of dual sovereignty, Justice Ginsburg stated in her dissent that Congress still maintains the power to regulate gambling nationwide.[43] Justice Ginsburg believes that it was Congress’s intent to “exercise its authority to regulate commerce by instructing States and private parties to refrain from operating sport’s gambling schemes.”[44] If the majority were to have deleted the alleged commandeering directions, PAPSA would have fulfilled Congress’s goal to “stop[] sport-gambling regimes while making it clear that the stoppage is attributable to federal, not state, action.”[45]

Since Murphy, over a dozen states have attempted to legalize sports betting.[46] Some professional sports leagues believe that they should receive a cut of the money gambled.[47] “All the pro sports leagues, including the PGA Tour and the NCAA, have been involved.”[48] Dan Spillane, the senior vice president of the NBA and assistant general counsel, recently met with the New York Senate’s Racing, Gaming and Wagering Committee to establish a statutory framework for legalized sports-gambling. [49] Spillane’s concept of the “ideal gambling environment” is one in which the NBA and other professional sports leagues would receive compensation for the commercial value that betting creates and for its associated risks.[50] It is estimated that the leagues can earn up to $2 billion annually from such compensation, which gambling operators are loath to lose.[51] Spillane suggests that the money will be used to invest in compliance and enforcement; however, detractors are deeply opposed to this investment labeling it as a mere “integrity fee.”[52] The NBA disputes the oppositions to integrity fees, claiming that “a larger legal market would create a better margin for casinos.”[53] In the end no matter the how much regulation sports betting will inevitably incur, everyone is going to want a share of the profits. So as for now, it appears that only time will uncover the effects of legalized sports betting in the United States.

[4] Id. at 1469 (citing Sen. Bill Bradley, The Professional and Amateur Sports Protection Act-Policy Concerns Behind Senate Bill 474, 2 Seton Hall J. Sport L. 5, 7 (1992) (“Legalized sports betting would teach young people how to gamble. This, in turn, would lead these children to illegal gambling once they discover that the odds and pay-offs are better.”)).

[28] See Printz v. United States, 521 U.S. 898, 935 (1997) (“The Federal Government may neither issue directives requiring the States to address particular problems, nor command the States’ officers, or those of their political subdivisions, to administer or enforce a federal regulatory program.”); New York v. United States, 505 U.S. 144, 156 (1992) (“If a power is delegated to Congress in the Constitution, the Tenth Amendment expressly disclaims any reservation of that power to the States; if a power is an attribute of state sovereignty reserved by the Tenth Amendment, it is necessarily a power the Constitution has not conferred on Congress.”).

[34] Murphy, 138 S. Ct. at 1476; see U.S. Const. amend. X (“The powers not delegated to the United States by the Constitution, nor prohibited by it to the States, are reserved to the States respectively, or to the people.”).

[37] Id. at 1478 (“It is as if federal officers were installed in state legislative chambers and were armed with the authority to stop legislatures from voting on any offending proposals.”).

[43] See id. at 1489 (Ginsburg, J., dissenting) (“Our case law firmly establishes Congress’ power to regulate purely local activities that are part of an economic ‘class of activities’ that have a substantial effect on interstate commerce.” (quoting Gonzales v. Raich, 545 U.S. 1, 17 (2005)).

[46] See, e.g., Ryan Rodenberg, How close is my state to legalizing sports betting? ESPN (May 14, 2018) http://www.espn.com/chalk/story/_/id/22516292/gambling-ranking-every-us-state-current-position-legalizing-sports-betting (discussing the potential for certain states to initiate legislation allowing for sports betting).