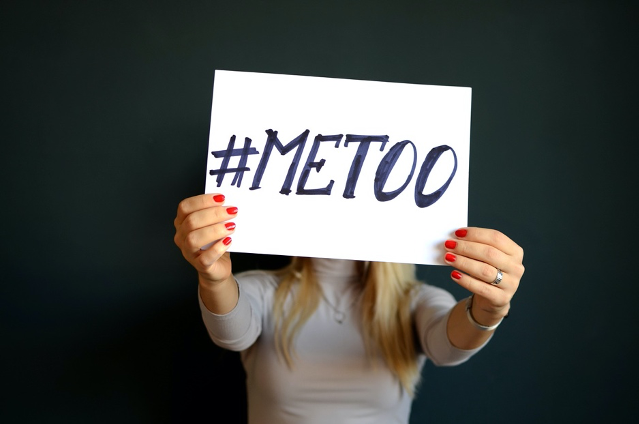 Prior to the inception of the #MeToo movement, which cast a spotlight on the prevalence of sexual misconduct in Hollywood, sexual harassment in the workplace was not as highly scrutinized and was often resolved without sufficient investigation from either human resources (“HR”) departments or the businesses themselves.[1]  Resolution of claims of sexual harassment in the workplace commonly failed because of “human resources . . . policies . . . [that] often encourage[d] acts of sexual harassment and much worse.”[2]  For example, certain HR departments’ policies in the past “have only allowed employees to transfer to other stores or shifts to avoid their harassers on the condition that they withdraw their complaints or reports of harassment.”[3]  Due to the presence of inadequate harassment policies, sexually harassed claimants often felt as if their inter-office recourse was lacking, particularly that from HR departments.[4]

In 2017, however, the platform for victims of sexual harassment changed.  The #MeToo movement incited not only a greater influx of sexual harassment claims, but it also nationally publicized lawsuits against high-profile executives and companies.[5]  In fact, “[t]hirty-six percent of HR professionals who responded to a 2018 SHRM survey said the number of sexual-harassment allegations they received increased between 2017 and 2018.”[6]  Thus, the #MeToo movement emphasized the lack of initiative taken by employers and HR departments in combatting harassment in the workplace.  Notably, employers found themselves at risk, realizing the need for improved policy drafting and implementation to shield themselves from liability.[7]  By filing actions alleging securities fraud,[8] Title VII violations,[9] or Title IX violations,[10] legal recourse sought by employees has encouraged, if not forced, HR departments to redraft and reimplement harassment policies benefitting not just the potential victimized employee, but also the employer.[11]

In the class action suit of Construction Laborers Pension Trust for Southern California v. CBS Corp.,[12] the plaintiffs alleged the highly publicized sexual misconduct of executives and senior managers at CBS, which caused a drop in CBS share prices, thus negatively impacting the value of the pension.[13]  Utilizing Section 10(b) of the Securities Exchange Act[14] and Rule 10b-5,[15] the plaintiffs alleged securities fraud on the part of CBS for its corporate knowledge of the ongoing harassment and failure to disclose specific incidents of harassment on the part of its then CEO, Leslie Moonves.[16]  With the rise of the #MeToo movement, complaints against CBS received nationwide attention.  This led CBS to terminate Moonves, which changed its previously charted course of allowing Moonves to resign with a significant compensation package.[17]  Similar to other large companies and high-profile individuals whose sexual misconduct had also been exposed by the #MeToo movement for continued sexual harassment, CBS released a public statement condemning sexual harassment in the workplace.[18]  Furthermore, between 2016-2018 CBS had incorporated proxy statements into the “Company’s Business Conduct Statement” (“CBCS”) with the intent to emphasize “[t]he Company’s commitment to providing . . . a bias-free and harassment-free workplace environment.”[19]  The plaintiffs, who were also stockholders of CBS, asserted that the CBCS and Ethics Code therein were misleading because they failed to disclose to stockholders the potential for sexual harassment claims.[20]  However, the court found differently and held that the language in the CBCS was “mere puffery” and issuing the public statement and firing CEO Moonves were neither false nor misleading as to the threat of sexual misconduct.[21]  Thus, the District Court for the Southern District of New York held that the plaintiffs had failed to sufficiently allege fraud as required for Section 10(b) and Rule 10b-5 actions.[22]

As seen in the Construction Laborers Pension Trust for Southern California case, when HR departments take initiative to establish “symbolic compliance” with the legal system through action taken against harassers or promptly taking action, such as creating a more stringent policy against harassment, the likelihood of proving the parent company’s role in the harassment decreases.[23]  While courts recognize that employers have a duty to address claims of sexual harassment in the workplace, employees are also expected to sufficiently plead sexual harassment or #MeToo “like” allegations with specificity.  For example, in Hardwick v. Indiana Bell Telephone Company, Inc.,[24] the District Court for the Southern District of Indiana found that Plaintiff Hardwick’s complaint of a singular comment made by his female supervisor directed at him about his body in the workplace did not amount to sexual harassment.[25]  The court indicated in its holding that “[s]exual assault, sexual violence, and sexual abuse are a far cry from the isolated comment that Mr. Hardwick describes.”[26]  Notably, the Seventh Circuit has spoken to the issue of potentially frivolous harassment complaints, where “[w]e expect a certain level of maturity and thick skin from employees.”[27]

Notwithstanding the cases above, the #MeToo movement has influenced HR departments to be more aggressive in investigating current incidents of sexual harassment and to plan for future sexual harassment complaints.[28]  Indeed, employers have delved into more extensive investigations of specific harassment claims.[29]  Such investigations are both assessed by and documented with HR departments “for [the] purpose of accurately gauging potential liability” moving forward on behalf of the employer.[30]  Both employee and employer are thus given potential inter-office recourse in response to sexual harassment claims.[31]  In updating and altering HR policies, businesses have begun to adopt specific harassment policies rather than blanket discrimination policies due to the influence of the #MeToo movement.[32]  A law review article remarks on the necessity for employers “to be more transparent about how their harassment policies are applied, and the contextual factors that influence their decisionmaking.  They should also stop using harassment policies as a pretext to reduce discrimination-related liability, and instead craft broader discrimination policies.”[33]  In achieving these policy implementation goals, it is hopeful that employers will adhere to the anti-harassment standards set by HR and improve working relations with employees.[34]

[7] McGregor, supra note 5 (claiming that with the increase of sexual harassment claims, employers are “worried these [complaints] could be coming . . . but they have no idea how to protect their house.”).

[14] 15 U.S.C. § 78j(b) (2018). “To use or employ, in connection with the purchase or sale of any security registered on a national securities exchange or any security not so registered, or any securities-based swap agreement any manipulative or deceptive device or contrivance in contravention of such rules and regulations as the Commission may prescribe as necessary or appropriate in the public interest or for the protection of investors.” Id.

[23] See Elizabeth C. Tippett, The Legal Implications of the MeToo Movement, 103 Minn. L. Rev. 229, 244 (2018) (stating that “employers adopted internal mechanisms to address discrimination and harassment long before there was a legal justification for doing so”).