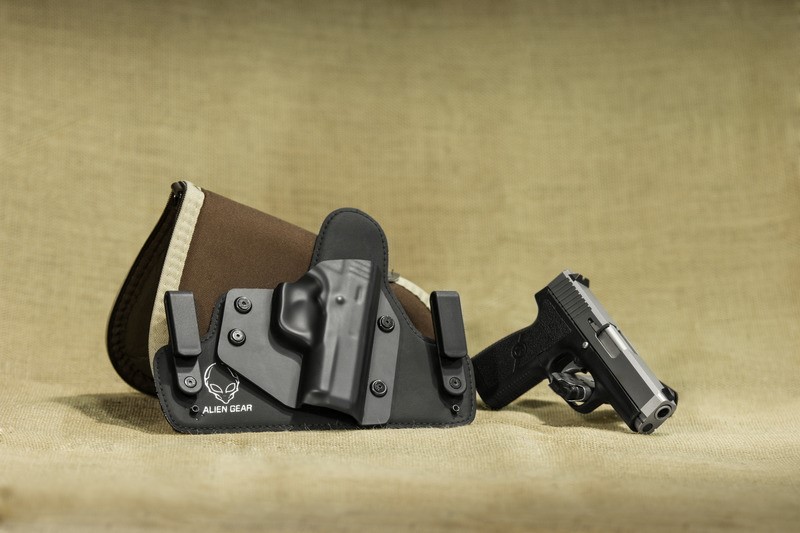 On March 11, 2019, the state of Kentucky became the 16th state to enact legislation implementing permitless carry, also known as “constitutional carry.”[1] Kentucky’s legislation imposes no formal application process, requiring only that a person seeking to carry a concealed firearm be 21 years of age and “otherwise able to lawfully possess a firearm.”[2] This legislation represents a growing trend in which many states are scaling back their regulation of the concealed carry of firearms. Typically, under constitutional carry laws, those wishing to conceal and carry a firearm may do so without submitting an application, undergoing a background check, obtaining a permit, or taking any mandatory training courses.

The expansion of permitless concealed carry in some states sharply contrasts states such as California or New York where the scope of gun regulation continues to increase. New York, for example, is currently the subject of a suit set to go before the United States Supreme Court.[3] In New York State Rifle and Pistol Association v. The City of New York, the plaintiffs challenged the constitutionality of the New York state “premises” permit which narrowly restricted the areas to which a firearm owner could transport a firearm to only those approved by the state, effectively barring out of state travel with the firearm.[4] This will mark the first such gun case heard by the Court since it took up Heller, in which it upheld the right to possess a handgun in the home for self defense[5], and McDonald, in which it held that the Second Amendment is incorporated against the states through the due process clause of the Fourteenth Amendment.[6]  Although in Heller the court condemned the “rational-basis” level of scrutiny in Second Amendment cases,[7] it implemented no standard of review and since then it has been largely up to the states to decide for themselves what gun control measures they may or may not implement. Federal lawsuits challenging state gun control regulations often fail due to the majority of federal circuits adopting an intermediate level of scrutiny for gun regulations.[8] Therefore, a defending attorney in a criminal case must be aware of what level of scrutiny is applied in that circuit in the event they wish to appeal from a state decision.

Due to the lack of Supreme Court jurisprudence on the matter, individual states have largely determined for themselves what gun control measures they wish to implement which leaves substantial room for advocacy both before and during litigation, particularly at a state level. In response to several high profile mass shootings, two distinct legislative goals have emerged: (1) the idea that restricting access to guns will reduce gun violence and (2) the idea that access to guns should be made easier to allow individuals to defend themselves from similar violence.[9] Therefore, states that have historically had strong gun control measures continue to increase their regulation while states historically seen as “pro-gun” continue to roll back their gun laws. For example, Massachusetts, a state with traditionally strong gun control measures, recently implemented a “red flag law” which allows the family members of a person believed by them to be a danger to themselves or other to seek a protective order allowing police to temporarily seize the individual’s firearms.[10]  By contrast, Alabama is an example of a traditionally pro-gun state that continues to scale back gun regulations. In 2013 the state became a “shall issue” state by amending its concealed carry laws to require that a sheriff issue a pistol permit to “suitable persons” which is defined by a number of parameters including whether the applicant has prior convictions, drug use, or a restraining order.[11] Those who wish to obtain a concealed carry permit must first submit an application. Prior to 2013, Alabama was a “may issue” state in which the sheriff of each county had substantial discretion to approve or deny an applicant.[12] Now, in 2019, proposed legislation would implement “constitutional carry” in Alabama and it is possible that the state may see a further scaling back of its concealed carry laws.[13]

Although it is largely up to the states to determine how they regulate firearms within their borders, states that implement constitutional carry and the residents that take advantage of the new laws continue to be subject to existing federal regulations. For example, the implementation of constitutional carry does not have any effect on 18 U.S.C. § 922 regulations due to the reach of the interstate commerce clause. A convicted felon who is in possession of a firearm in a state with constitutional carry would be just as culpable under § 922(g) of the federal code as a convicted felon in a state that requires a permit in order to conceal carry. Likewise, buyers purchasing from a federally licensed firearms dealer would still be required to complete a Form 4473 in order to complete their firearm transaction. In essence, constitutional carry has little to no effect on the state’s compliance with existing federal firearms laws.

However, at a federal level there has also been a movement to implement federal constitutional carry, albeit with much less success than at the state level. A bill recently introduced in the Senate, known as the Constitutional Concealed Carry Reciprocity Act of 2019, mandates that “an individual who is not prohibited by Federal law from possessing . . . a firearm . . . may possess or carry a concealed handgun . . . in any State other than the State of residence of the individual” provided that the state in question allows its residents to receive pistol permits and does not prohibit the lawful carrying of firearms.[14] On its face, the proposal would bar states from preventing a person from another state from concealed carrying in that state as long as they have a pistol permit issued in another state and a valid identification. It is unknown what degree of success the recent Bill will have, however a similar bill proposed in 2017 failed to make it out of the House.[15]

A common misconception regarding constitutional carry often leading to controversy is the idea that it makes the state like the “wild west” in which anyone that wants to conceal a firearm may do so regardless of their past.[16] This is not the case because states that implement constitutional carry do not simply repeal all of their laws regulating who may possess a firearm but rather, the state continues to maintain a list of disqualifying factors that concealed carriers must still comply with.[17] In addition, the state generally continues to maintain a list of prohibited places where one may not carry a firearm. This, in effect, seems to shift the burden of determining whether one may lawfully concealed carry to the person who wishes to conceal and carry, making it important for prospective concealed carriers in such states to be well-aware of the disqualifying factors. This may pose a problem in that someone who is unaware of a seemingly minor disqualifying factor and who would simply be denied a permit under a previous statute, could instead face criminal charges under a constitutional carry statute because they failed to comply with the provisions of the law. Furthermore, for reciprocity purposes, constitutional carry can prove problematic when gun owners do not inform themselves of the law prior to carrying a firearm into another state as many states do not recognize the constitutional carry laws of another state even if they would otherwise recognize a permit issued by that same state.[18] These are both areas in which attorneys must carefully consider all possibilities before proceeding with a theory at trial. Currently the states of Alaska, Arizona, Arkansas, Idaho, Kansas, Maine, Mississippi, Missouri, New Hampshire, North Dakota, Oklahoma, South Dakota, Vermont, West Virginia, and Wyoming have some form of constitutional carry.[19]

In the absence of any Supreme Court adjudication on the issue, it is likely that historically pro-gun states will continue to scale back their regulation of concealed carry. Alabama,[20] Texas,[21] and Georgia[22] are all currently considering such bills at a preliminary level. Conversely, states where gun control is popular, such as California, Massachusetts, or New York, will likely continue to implement new gun control measures. This leaves substantial room for advocacy both during and before litigation due to the fact that state firearm laws are constantly changing and may open or close the defenses available to those charged with a crime. Additionally, attorneys practicing at the federal level must be aware of the wide variation among state laws and consider this when forming a defense or arguing mitigating factors for defendants charged under the various provisions of 18 U.S.C. § 922. Furthermore, if proposals for federal constitutional carry are successful, attorneys must be aware of how this may interact with state laws addressing concealed carry.

It is clear the increasing implementation of constitutional carry laws highlights the greater divide among the states and even federal circuits as to the role of the government in the regulation of firearms. Will we eventually see a nationwide concealed carry law or a federal standard of review for gun control laws? Only time will tell, but the importance of litigation in the shaping of future firearms laws cannot be understated.

[11] See Ala. Code § 13A-11-75 (stating “The sheriff of a county, upon the application of any person residing in that county, shall issue or renew a permit for such person to carry a pistol . . . concealed on or about his or her person”).

[12] See Ala Code § 13A-11-75 (2012) (The previous statute stated that a sheriff “may issue” a pistol permit when the applicant shows “good reason to fear injury to his or her person” or “has any other proper reason for carrying a pistol” and that “he or she is a suitable person to be so licensed”).

[18] For an example of how this may be problematic see Commonwealth v. Moses, No. 185 EDA 2016, 2016 WL 6803885, at *3 (Pa. Super. Ct. Nov. 17, 2016) (upholding the conviction of a defendant who was charged with a violating Pennsylvania’s concealed carry licensing laws despite the fact that a license was not required in the defendant’s home state of Georgia for such carry and Pennsylvania otherwise had reciprocity for Georgia concealed carry permits).